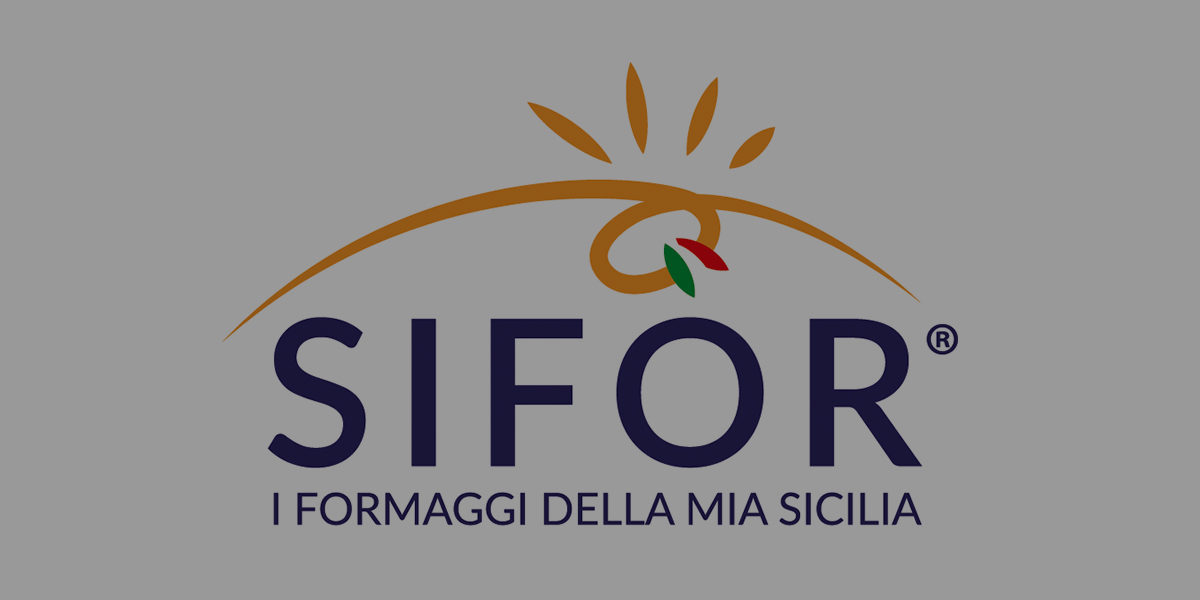 Si.For. : artisan tradition and industrial quality to grow in the international markets

Si.For was born in the Palermo hinterland, founded in 1989 in Belmonte Mezzagno, in the heart of the Sicilian land, which influences and characterizes the essence of every product of the company. In fact, in addition to quality, typicality is the backbone of this reality born from three generations of traders’ perseverance and wisdom. Frequent and direct checks are a guarantee of Si.For.’s commitment to guaranteeing high-level dairy creations to the customer. In the beginning, Si.For. was mainly dedicated to the packaging and marketing of pecorino cheese, but over time it has grown to devote itself to production. A significant turning point that led the company owners (brothers Giovanni and Pietro Pastoia) to expand and renovate their offices to meet and satisfy the increasingly substantial demand for their cheeses. Furthermore, it is the brothers themselves in this interview who describe the philosophy of Si.For. in detail.

What is the history of Si.For.?

The history of Si.For. is the history of my family. It starts with my grandfather, a merchant of ricotta, cheese, oil, and wine. Subsequently, the company was revived in the eighties by my father, initially buying the cheeses directly from the shepherds (given the absence of dairies) to resell them and mature those that were not sold. In 1982, my brother Giovanni and I also became a part of this world, and our great adventure began.  In 1989, our presence in the company became more and more incisive: a company is created, and from there, a path of change, renewal, and modernization of the company is generated, trying to adapt it to the times that were changing. In 1994, the first dairies were born in the Palermo hinterland, and therefore the company decided to collaborate with these structures. The breeders from whom we source our supplies today are children and grandchildren of the same breeders who at the beginning provided us with the milk with which to produce our cheeses.

In 1996, we decided to buy the shares of a dairy, but unfortunately, the harvested fruits did not turn out to be equal to expectations. We, therefore, decided to look for new partners to share our projects, aimed at enhancing the product and production, adapting them to the market.

Nevertheless, the exclusively   territorial philosophy is now close to us, and so we head towards the markets of northern Italy, whose product is appreciated and tasted. In 1996, we decided to create a small warehouse of 120 square meters in the province of Parma. Following the first visit to the Cibus exhibition, we decided to take part in it, seizing the opportunity to enrich ourselves in terms of knowledge and visibility. Thus our customer network has expanded, reaching up to the mass market retail. A group from northern Italy has also chosen us as official suppliers. In 2003, we planned the first international fair, and from there, it opened into the export world: today, we export to 19 countries. In 2011, we bought a piece of land to build our new platform, a modern warehouse of 1200 square meters in the province of Parma, and in 2014 we moved to this new structure.

What are the company’s strengths?

Mainly the passion for our territory and for our products made with genuineness and simplicity. Only three ingredients are used: milk, salt, and rennet, as well as our experience, always looking at the needs of a consumer and being attentive to their well-being.

Not to mention the wide range of products intended for all sales channels, which extends from Sicilian PDO cheeses to sweetened ricotta cream for Sicilian cannoli, for example, but which in its versatility lends itself to other dessert preparations.

We have fast and reliable logistics thanks to the strategic position of our sales office on the Italian territory: from here we are able to ship our products quickly and frequently, ensuring excellent service.

How was 2020, a notoriously complex year, experienced?

Surely at the beginning, it was thought that everything would be resolved in a few months. Over time we realized that the situation was more difficult than expected. In the most critical period, orders were canceled, they refused us the goods. The decline in turnover was significant between March and April. However, from the end of May to December, we had extraordinary sales that helped us recover the previous months. We have even grown-up.

What are the plans for the future?

We have a project to strengthen the Si.For. brand through targeted communications, including the involvement of social networks, and we have the goal, toward which we are working hard, the expansion into new markets with the inclusion of new young figures who will bring ideas and new stimuli.

As for the products, we are strengthening the portioned line, whose growth was 200%. In the future, we want to create 100-gram wedges of cheese flavored with typical ingredients of our territory, Sicily, such as Bronte pistachio or Aeolian capers. An organic project will then start in September because we must always look forward.

Tipico grows and is one step ahead

La Pizza +1: the originality of its offer with a wholly strategic shelf life

CRM Ltd.: the piadina knows how to please consumers