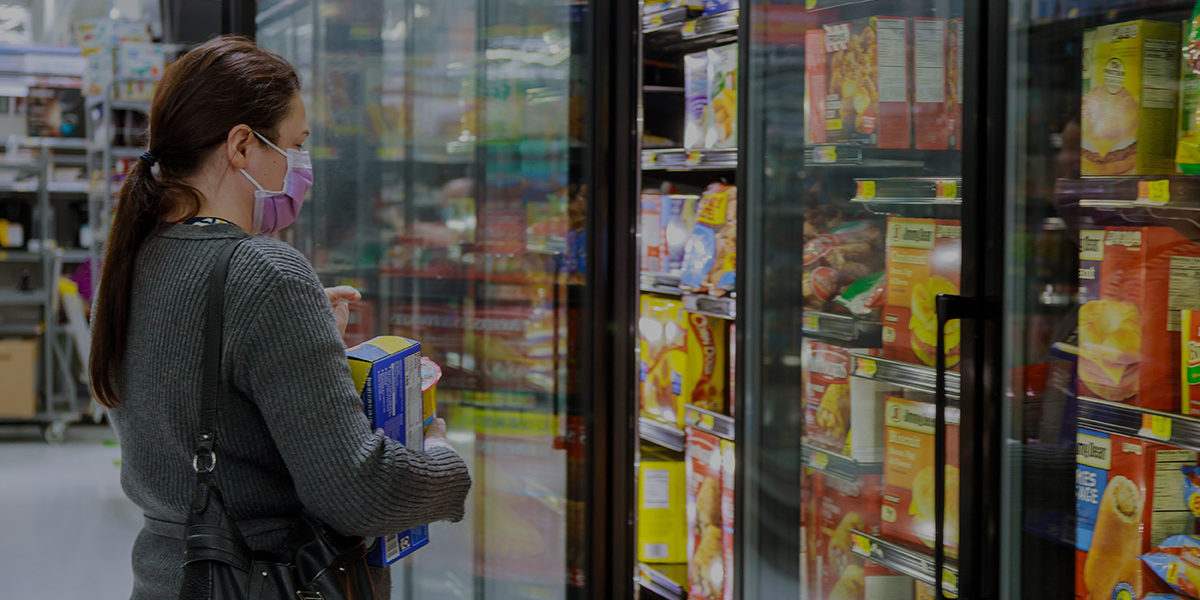 A webinar has been realized following the publication of an e-book on the big category of meats as part of the CIBUS LAB program on November 24th (the next one will be held on December 10th). This had the major players of the industry, several GDO meat buyers and Dr. Marco Limonta, Business Insight Director of IRI as protagonists. The first guest was Dr. Limonta, who accurately explained to the audience the sales trends in the Italian mass retail market in this historical period. Limonta delivered his speech with a precise approach; that is, clarifying the dynamics that have characterized the mass retail market in general from the beginning of the year to the end of September, to the dynamics in the world of fresh food, and finally meat.

The analysis carried out by IRI starts from the FMCG market. Within its context, we will also try to understand how meat fits in and, above all,how it has performed this period.

If we analyze the FMCG sales data of the Hyper, Super, LSP channels, i.e. the smaller stores, self-service, home and person specialists and discount stores, and considering both fixed and variable weight products, the turnover generated was about 90 billion euros (AT September 2020).

The performance in recent months has been very interesting indeed: compared to 2019, which closed with a turnover growth of 2.5%, the first nine months of the year recorded an increase of 5.7%.

The figure for October, and the first weeks of November, tell us that the growth continued at a sustained pace. This figure of +5.7% is a consequence of sales in the so-called “pre-covid” period, which from January to the end of February, had achieved a growth of 4.5%. In the so-called Covid phase, (the epidemic period from March onwards), growth was really important, i.e. about +10.3%, with  very high growth in March of over 16%. It should also be added that, even in phase 2, i.e. the one that started after May, there was still growth, lower than the previous month, but still important, equal to +3.4%.

In summary, the products with imposed weight have recorded a significant growth especially in the lockdown period, and in some sectors, there have been increases that have never been achieved, such as frozen foods, fresh or even calibrated meat.

These are the results related to sales of FMCG products. If we consider only packaged products (grocery) at imposed weight, the growth was even higher, by +7.3%. In Italy, the weight of sales of the counters served is significant, and from this we can see that its growth was instead reduced. There some sectors have suffered reductions, let’s see which and why.

In general, variable weight products have instead substantially recorded a rate of “non-growth”; let’s define it first. It was positive in the first two months of the year but became negative in the lockdown period and this negativity was also accentuated in phase 2.

We have clarified that this is an average figure that does not explain much of what happened to the individual departments in the world of counters. Let us now review the individual business areas: Cheese and meat were the categories that, in a market with a “non-growth” rate, drove performance upwards. On the other hand, departments such as bread and gastronomy are in serious difficulty.

Let’s focus now on meat, particularly white meat, chicken and turkey. We have seen strong growth for both natural and prepared meats. The natural meat sector was the segment that grew least in the past years, while processed, prepared meats were a highly dynamic segment. The new fact of these months is that there has been growth in both segments.

Prepared meats have reached an important degree of maturity and saturation, while white meats have become a dynamic and innovative market.

Red and pink meats have also grown in natural and processed products. The growth rate has been important but still reduced compared to previous ones.

Essentially, this is now the picture of the market. The meat sector ( red, white and pink meat), both in the pre-covid phase and in phase 2, has been a growing sector and in both natural and processed components.