Mass Market Retail and its clay giants: Retailers’ average profit of just over 1%

The large distribution is worth about 100 billion euros, is a growing sector of the economy, the companies that populate it are large in the national scene but, unlike what can be assumed from the outside, profit margins are very low. In an interesting interview during the program “The Supermarket of Ideas” dedicated to efficiency, a very interesting fact emerged: what is the average profit margin of Mass Market Retail?

According to dr. Di Napoli, of the company Obiettivo Valore, specialized in financial analysis in the food sector (Mass Market Retail and production) the average Ebit is between 1% and 2%. The analysis was carried out in a sample that represents 40% of the national market, i.e. all companies over one billion euros in turnover in 2019. 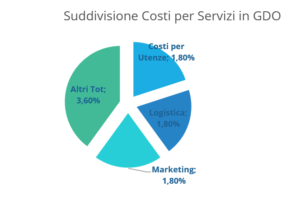 Di Napoli, over the course of the program, explained that the companies involved in the Retail field, which in the last 15 years have generally followed a path of great efficiency, arrive at a margin so limited because, after the cost of goods purchased (average value 77%), the remaining is divided into the relevant cost of labor, the cost of the network of stores and a series of costs (for services) the most relevant of which are the energy costs, marketing and logistics. 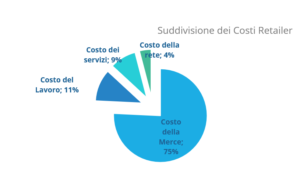 All these three cost items have, on average, equal incidence on turnover but, explained Di Napoli, two of the three are not optimizable beyond a certain level, the risk is the loss of commercial efficiency, therefore lower revenues and profits.

The "Made in Italy" in frozen food: a huge market opportunity