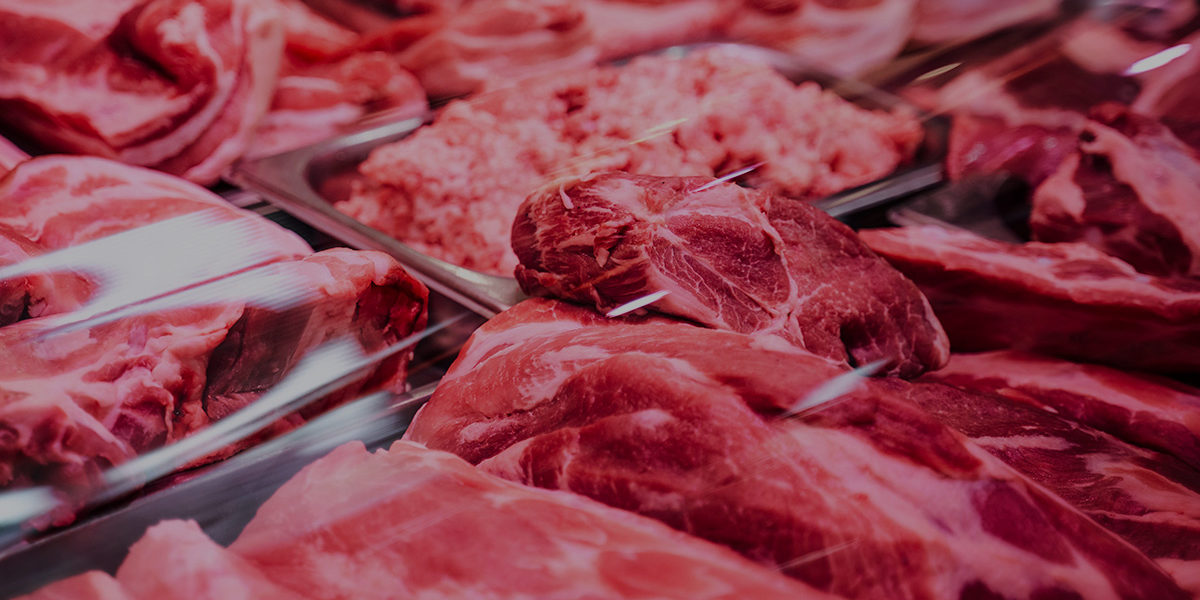 Next week a new version of the meat category manual will be released with an update of the sales made in 2020 in large distribution.

The manual will be translated into English thanks to the CIBUS LAB project, realized in collaboration with Fiere di Parma Cibus, and a LIVE webinar will be held on Tuesday 24th November at 3 p.m. with the participation of IRI Worldwide, the main players of the national industrial production, and with the participation of several buyers from the Italian Mass Market Retail.

Meat is a very peculiar category, definitely strategic for the retailer; however, the cultural obstacles in recent years have undermined the strength of its offer.

There is a vast movement of opinion that sees the consumption of meat as a real threat to the human race, even before a very strong environmental damage caused by its production.

These issues, where animal rights activists, vegetarians and many other movements have built a sort of “Holy Alliance”, have been translated, in fact, into a strong response of the national industry that, for over ten years, has been leading a radical change in production, now substantiated in a strict control of the supply chain and organic production, without pesticides and other substances.

This increase in supply has led to a widening of the category. The national Mass Market Retail, after years of decreasing sales, certainly determined by the distrust of consumers, influenced by the movements of opinion and scandals that followed in the 2000s, has found in recent times decided increases in sales, thanks to the combination of intentions that the production has found in the distributor (Mass Market Retail). In particular, the last year, marked by fear for the health emergency in progress, and which has led to an increase in sales in other categories of health-conscious products, therefore in a potentially dangerous context for the meat category, has instead been characterized by increases in sales that are not remembered in living memory.

For certain, consumers have changed their shopping trolley and among the foods of animal origin, it was mainly meat that performed well, with increases in sales both in value and volume.

The analysis produced in this article will focus on what are the data updated at the end of October, in the middle of the second wave of coronavirus, and is related to the compartments of white meat and red meat.

Poultry and rabbits with imposed weight generated a turnover of more than 600 million euros and compared to the same period of the previous year it grew strongly, equal to +11%. Specifically, apart from striking and unexplainable cases such as the sales of rabbit, which has surprisingly achieved increases of 109.8%, in other areas the increases have been very significant but in a normal framework: 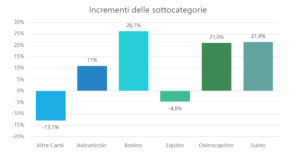 If we consider only the last month, that is, during the advent of the second wave of coronavirus, the data are even better: the rabbit grew by +127%, the third processing of poultry and rabbit has grown by +15.6%, the fourth processing has grown by +11.8% and the chicken has grown by +18.3%.

Sales at imposed weight of red meat have always been minimal compared to those generated at the counter served, by the butcher who guides the consumer towards a purchase suited to his needs, but even these in the period of the coronavirus, they were encouraging: the beef in the period considered (January 1 – October 31) generated a total turnover of over 260 million euros, growing by +26.1%.

Also pork has definitely increased sales compared to the same period of 2019: the data updated at the end of October indicate a growth of +21.4%, reaching almost 150 million euros.